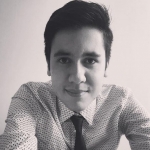 Mr. Marco Pirrongelli was named Director of Marketing for CSP MGT, LLC (CSP) in August 2015. Mr. Pirrongelli is responsible for creation, implementation, and evaluation of strategic marketing, branding, and promotion, including the development of consistent themes and messages in a wide variety of contexts. He conceives, develops, executes, and evaluates a range of strategies for marketing to potential clients and other important audiences and supervises the marketing and creative services staff..

Mr. Pirrongelli has a, Worked on a Cisco environment leading the 3rd place of sales in Latin America for Small Business in 2012, Sales Engineer & Account Manager Engineer Certified from Cisco Systems and also has a HIPPA Certification, completed more than 180 hours of Microsoft Server, Active Directory and Exchange environments courses.

Some of his project was to create a 40 square miles network for an entire community allowing to connect to the internet more than 300 families, also deployed several Microsoft Server environments from 25 to 50 desktops for 100 Montaditos franchise, The Cheese Course Franchisee, Pizza Hut & Naked Pizza. Deployed a Microsoft Exchange 2013 Multitenant server for 10.000 users.

Designer for www.delicentro.com idea for Panama Delivery System, created from scratch, worked with more than 50 business in order to guide and re-brand them for improve their business and productivity based on their image. As a collaborator of Jaimito’s Project planning he oversaw the deployment of 300 VMware virtual machines to render 3 hours of animations for a movie project that was presented to Universal Pictures in 2014.

Mr. Pirrongelli holds a Bachelor of Science in systems engineering from the Andres Bello Catholic University.